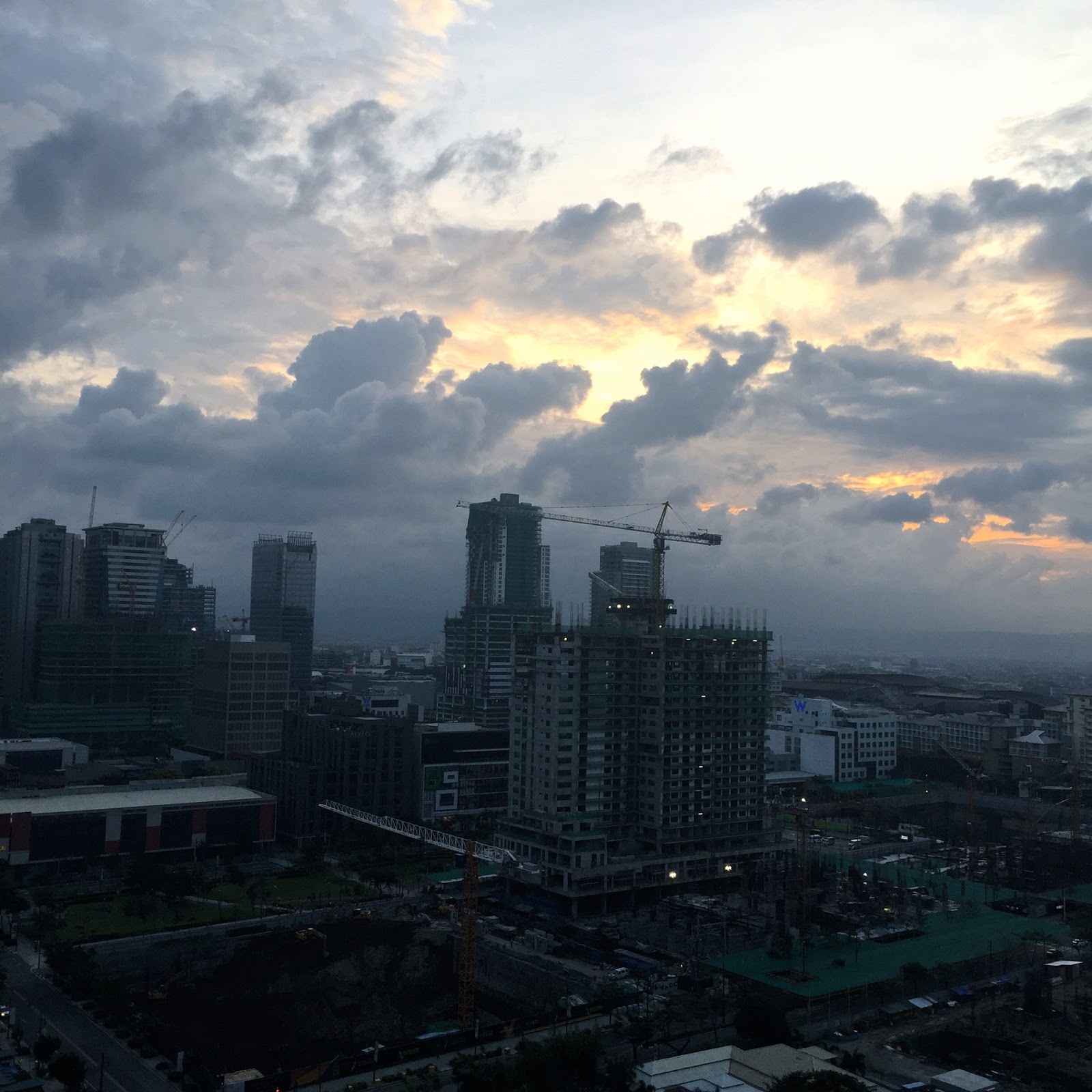 On the 13th of July my friends and me started our big South East Asia journey.
Our group consisted of my boyfriend Ian, Lea a dear friend of us (you already know her; I was in Amsterdam with her) and Fabio a good buddy he plays soccer in the same club and two more that will join us later during our trip. The four of us all met at the airport around 7pm to check-in and have some dinner before our flight. We booked the late evening flight with Swiss, which would be leaving at 10.45 pm to Singapore, where we would change on to Singapore Airlines to Manila, our first destination. The good thing on those late flights to Asia are, that they leave late and you are already tired from the whole day. So it's easier to fall asleep. We basically slept almost the entire flight of 12h 35min. When we arrived in Singapore I'm pretty sure we looked like zombies. At least we didn't have to wait to long (2h) for our next flight. After an other 3h 35min we finally landed safely in Manila, the capital of the Philippines. As we walked out towards the baggage claim Lea noticed a young man standing there with a sign with the names of Ian, Fabio and me written on it. We were a bit confused and approached him and then he told us that one of our luggage would be missing. Great! We started guessing who's the lucky one of us while waiting for the others to arrive. It turned out that actually three were missing and Lea was the fortunate one that got hers. We reported it to the young man and received an emergency travel kit with a toiletries and a big white T-shirt. Thank God I was clever enough to pack some extra clothes into my carry-on. He told us our beloved baggage would arrive the next day with the first flight from Singapore and will be delivered to our place (at least). When we entered the entrance hall we caught sight of Ian's parents and Stefano standing next to them and waving. You have to know he's been traveling for the past four months through some Asian countries like Vietnam and Cambodia and he's also the older brother of Fabio and the best friend of Ian and Lea since primary school. So you can imagine how happy we all were to see him again after such a long time. :) After the warm welcome with lots of hugs we drove to our new home. We stayed at the brand-new condominium of Ian's family that had been finished a couple of months before and which is located in Bonifacio Gloabl City (also known as BGC, Global City or The Fort), in Metro Manila between the cities Makati and Taguig.
The following days we got to know our new environment better. By stepping out of the door and leaving the air conditioning behind we experienced the heat and the really high humidity (always between 75-95%) which made you think it's at least 10 C° hotter than what the thermometer showed. So we strolled down the 'high street' where people can find fashionable boutiques, exquisite restaurants, an urban amphitheater and interactive art pieces. A true paradise for shopaholics and foodies! We checked out the close by Market! Market!. It's the first of its kind in the Philippines combining traditional and non-traditional retailers and wholesalers within a mall setting and a distinct Sunday street market feel that provides one's basic needs. Just across the street is the SM Aura, an upscaled shopping mall with lots of international brands and shops like Topshop, Stradivarius and Forever 21. And of course we didn't get around avoiding the traffic jam here. The SM Aura is only about 15 minutes by walking from our condominium and by car it took us almost 40 minutes.

We also visited the prior house of Ian's parents in Pasig City, which they are now currently remodeling. Their housemaid is just such a sweet heart and really knows how to cook delicious Filipino dishes, especially the sweets like Banana Q. It's made with deeply fried banana coated in caramelize brown sugar. The bananas used for this recipe are Saba bananas, which are very commonly used for cooking in the Philippines. It is usually skewered on a bamboo stick for the ease of serving and eating. The term is a portmanteau of banana and barbecue.
The moment we arrived in the Philippines we received all kinds of invitation for dinner or lunch. That's just one way to experience the great hospitality of the Filipinos. They really like to share even though they don't have much. It's just what you do there. So one time we had dinner with some good friends of Ian's parents, who by the way are called Severina and Juancho. We went to a nice Greek tavern called Cyma in the Shangril-La Plaza Mall. We ordered a wide variety of food so that we could taste a bit of everything and share with each other like a big family. Of course we had to get their well-known flaming cheese. The staff placed it on our table and they set it right there on fire followed by a big OPA! It not only looked cool but also tasted delicious like the rest of the food and the staff was very obliging.
After some days the last member of our group arrived from Kuala Lumpur. It was Kevin, he also plays also soccer with the other boys. He's half Malaysian half Swiss and visited his family there but primarily he went to some try-outs at local soccer clubs.
On Thursday the 16th of July my family invited us all for dinner to celebrate with them the 32nd Birthday of my lovely cousin Leah. The last time I was in the Philippines with my mother was back in 2007. Therefore you can imagine how happy I was to see them all again after eight long years. I was really excited to see my dear Ate Daisy and the newest member of our family; Gabreel her two month old baby boy. We had to wait until 6pm to leave because our SUV has got color coding on Thursdays. (The Unified Vehicular Volume Reduction Program (UVVRP), commonly known as number coding or color coding, is a road space rationing program in the Philippines that aims to reduce traffic congestion, in particular during peak hours, by restricting the types of vehicles that can use major public roads based on the final digit of the vehicle's license plate.)
My aunty Lilia lives in Paranaque City. We still got into some traffic and got a bit lost in between the dark streets but our great driver somehow managed to find her house. My aunty came out of the house and greeted us warmly followed by kuya Darr Bely. Inside I saw ate Daisy standing there and holding her precious Gabreel in her arms. He looked so adorable and his teeny tiny hands were just the sweetest. And there was the birthday girl with a fresh new haircut, looking fabulous as always. After some hugging she introduced us to her boyfriend Marco. We seat down in the living room next to the ventilator and started talking. After a while kuya Dong and ate Levi with her adorable kids Anton and Juancho arrived. Now that we were all complete dinner was also ready and we said grace altogether. We went outside on the veranda to eat because it was a bit cooler and a slight breeze was going. We ate, talked and laughed like a big family does. I really appreciated being there with all of them and spending some quality time while reminiscing about good old times and looking into the future. It was a wonderful evening but we couldn't stay too long because we had a flight the next day and of course still had to pack some of our stuff. Our next destination was Palawan and will be the topic of my upcoming travel post.

I hope you liked the first post of my South East Asia journey and will look forward to the followings. Enjoy the rest of the week and have a great September!
Lots of Kisses your Irene
from Soeurs en Vogue 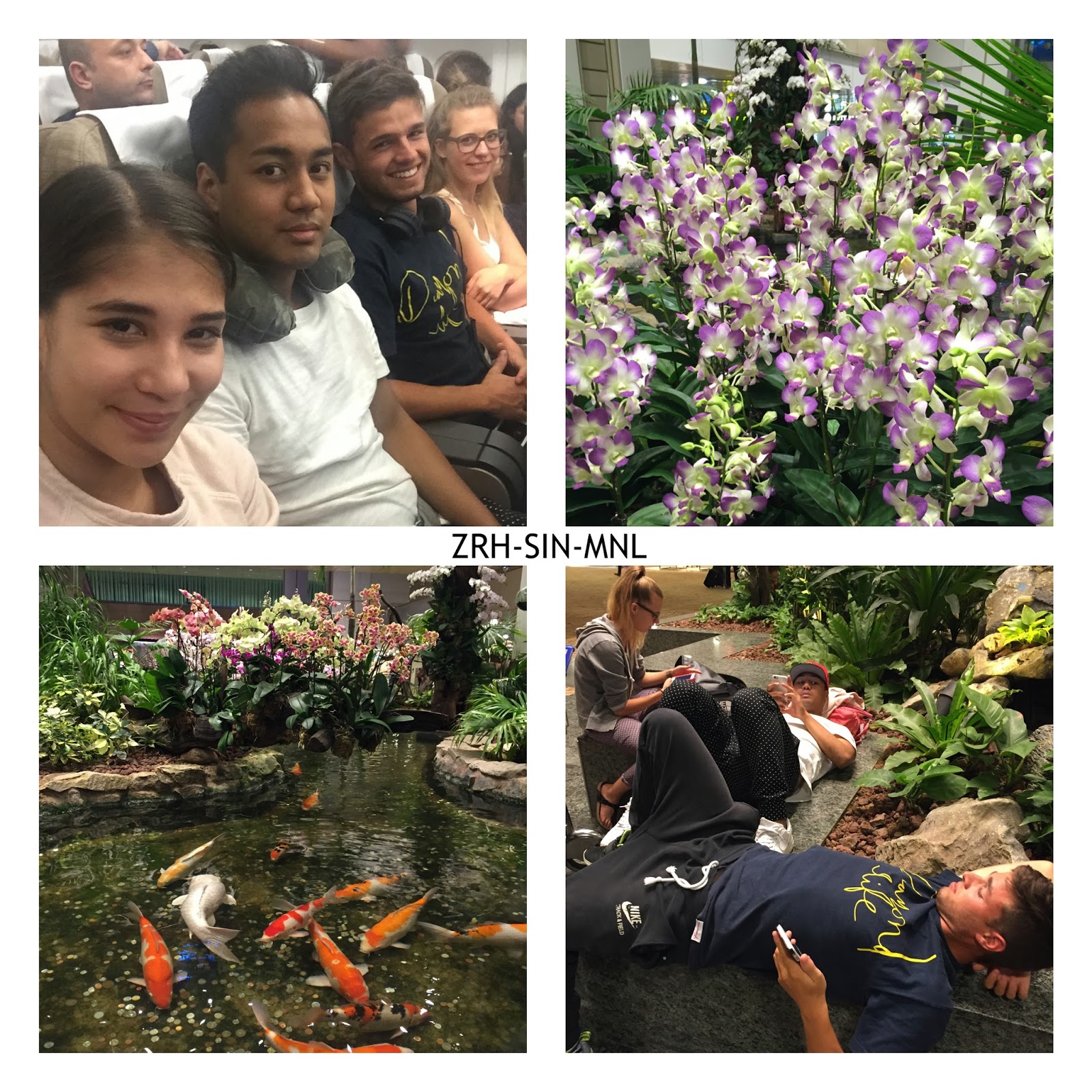 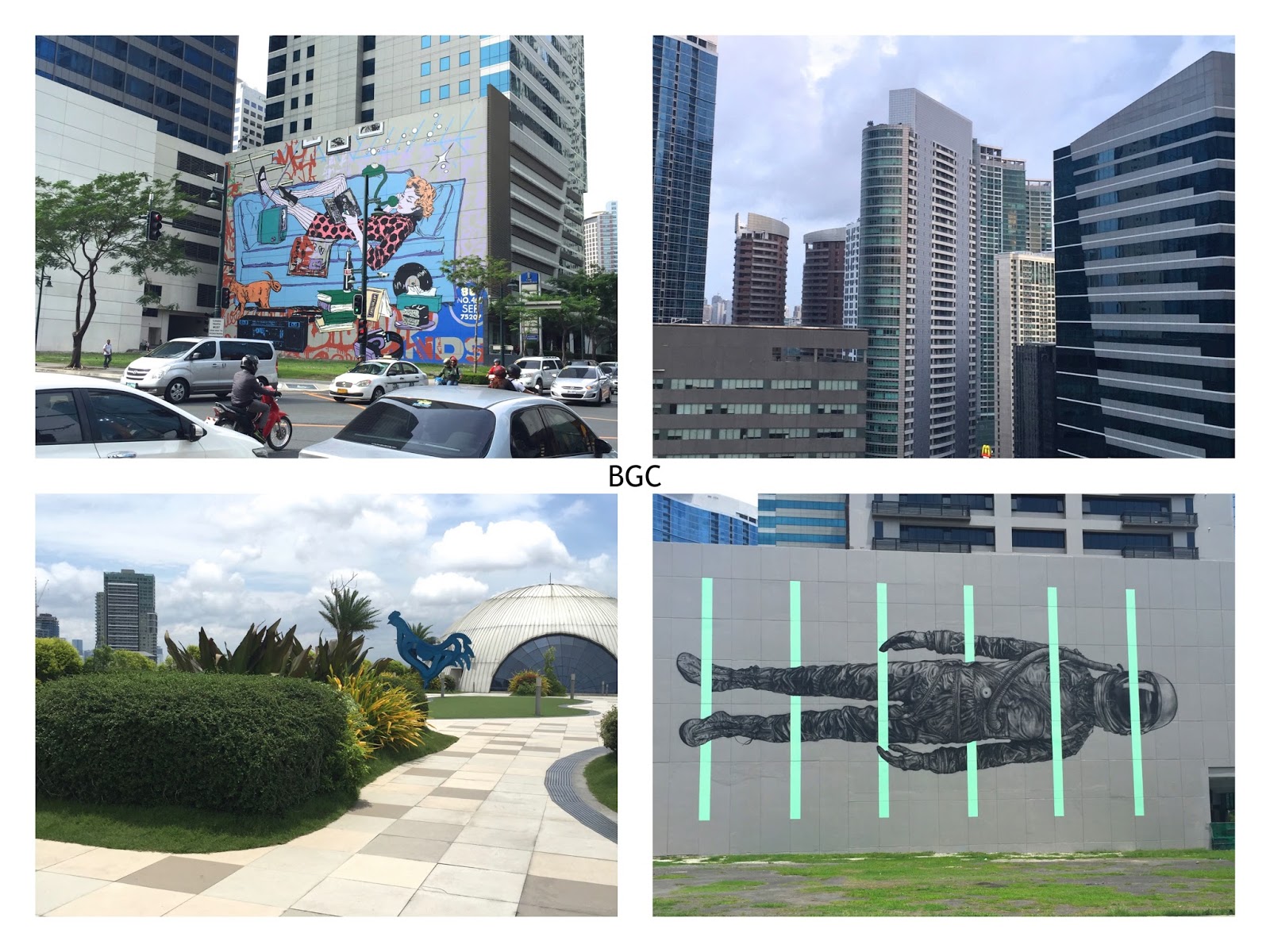 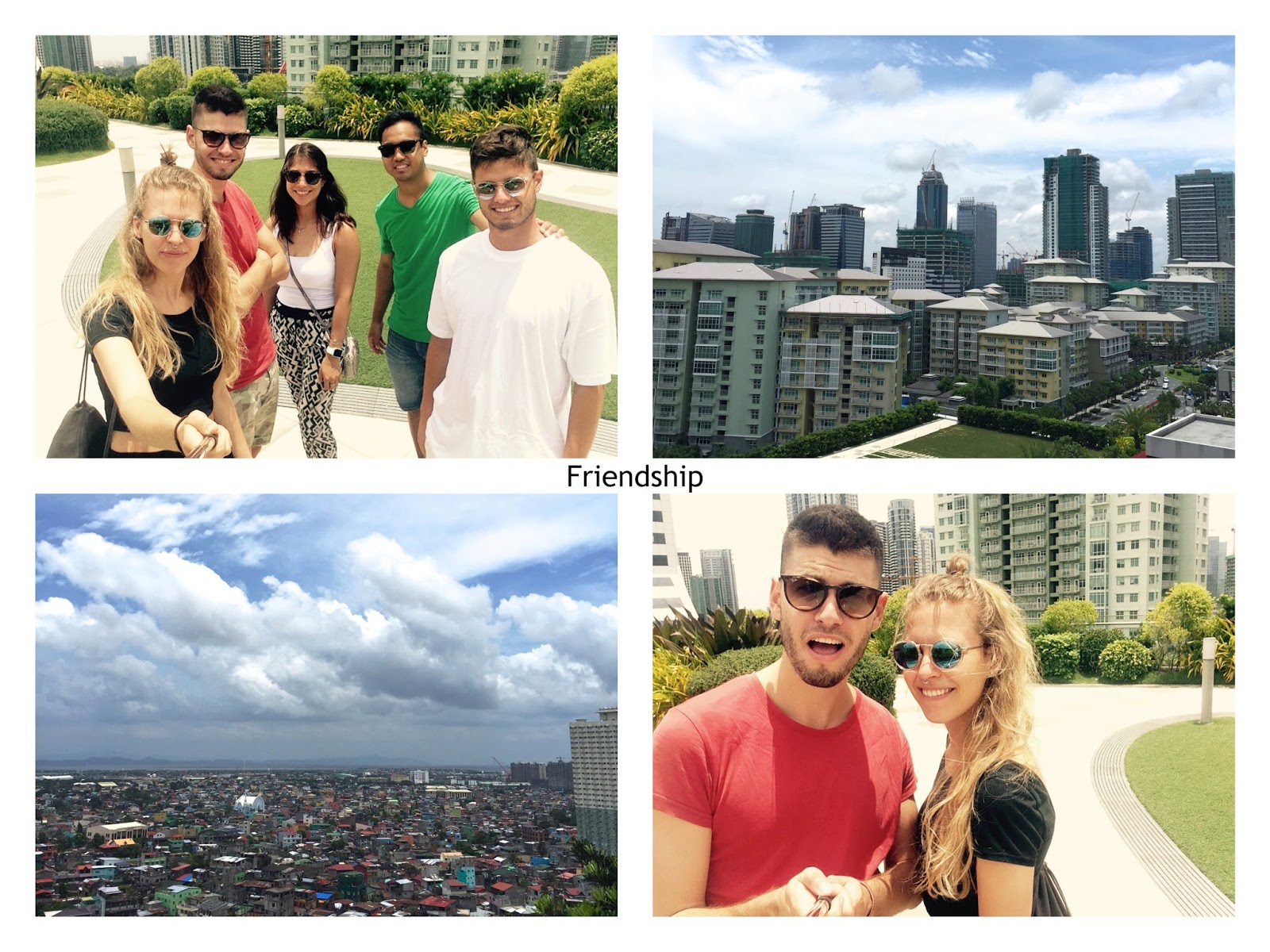 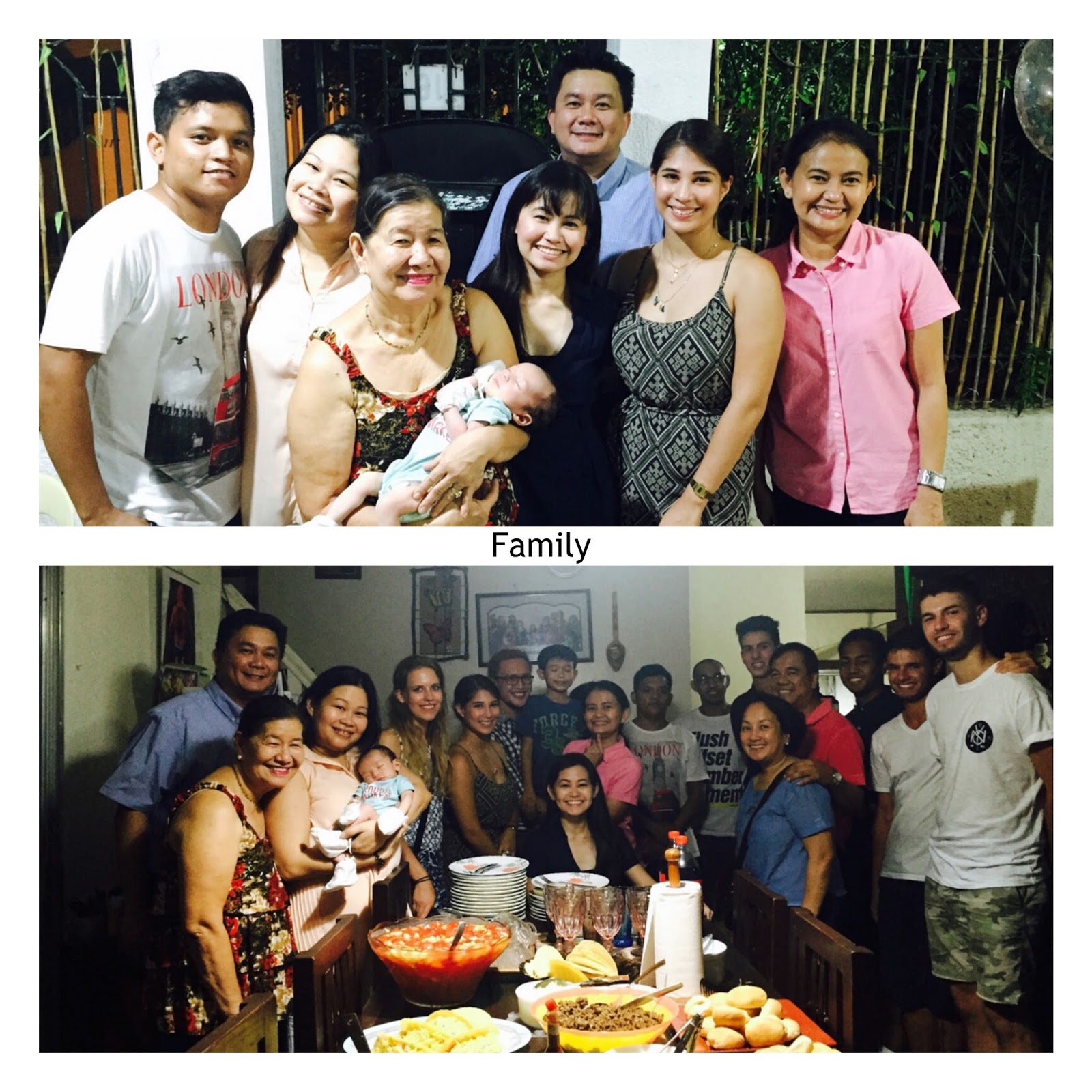 I've got some background information for this post from Wikipedia.
Email ThisBlogThis!Share to TwitterShare to FacebookShare to Pinterest 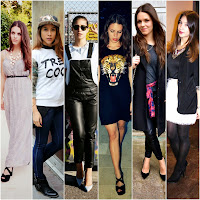 TWO BLOGGERS ONE BLOG!
We want to show others our passion for fashion, our inspirations, ideas and impressions.
-Sœurs en Vogue a blog about fashion and lifestyle-